With constant advances both in the development of new enzymes (e.g., BsaI-HFv2) and research on maximizing enzyme functionality (e.g., ligase fidelity), NEB has become the industry leader in pushing the limits of Golden Gate Assembly (and related methods such as MoClo, GoldenBraid, Mobius Assembly and Loop Assembly). NEB has all the products and information you need to perform complex assemblies, as demonstrated with 20+ fragment assemblies exhibiting high efficiencies and >90% accuracy, along with low backgrounds. 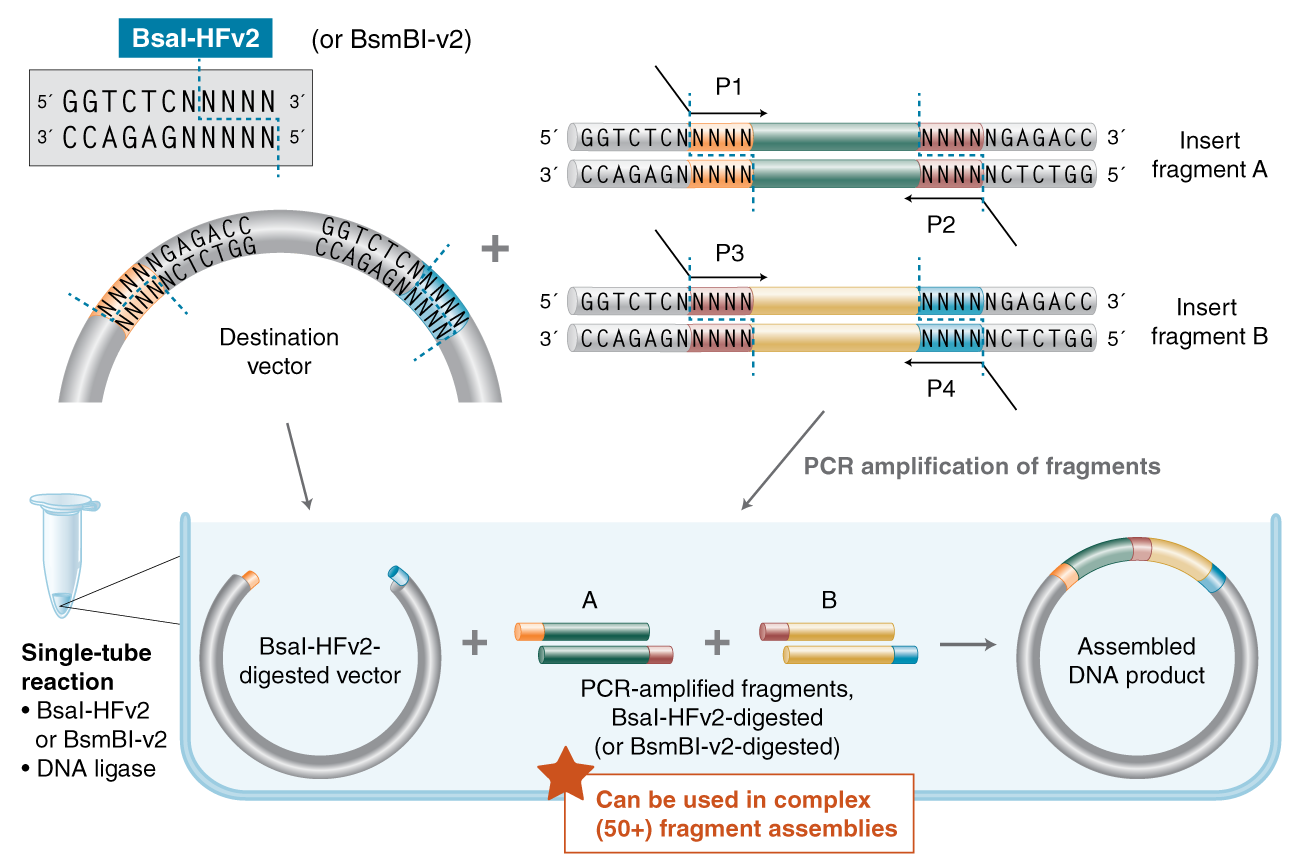 Research at NEB has led to an increased understanding of ligase fidelity, including the development of a comprehensive method for profiling end-joining ligation fidelity in order to predict which overhangs have improved fidelity (1). Their research has enabled complex fragment assemblies with high efficiencies and >90% accuracy.  Use Ligase Fidelity Viewer to visualize overhang ligation preferences for T4 DNA ligase under various experimental conditions.

NEB offers more Type IIS (i.e., recognize asymmetric DNA sequences and cleave outside of their recognition sequence) restriction enzymes than any other supplier, many of which are used in Golden Gate Assembly. NEB is pleased to introduce two new restriction enzymes for use in Golden Gate: Esp3I, an isoschizomer of BsmBI that is recommended for use at 37°C and is supplied with CutSmart® Buffer, and the improved BsaI-HFv2 and BsmBI-v2, which are optimized for Golden Gate Assembly.

For a limited time, try a sample of BsaI-HFv2 and see how it works for you!

One or more of these products are covered by patents, trademarks and/or copyrights owned or controlled by New England Biolabs, Inc. For more information, please email us at [email protected]. The use of these products may require you to obtain additional third party intellectual property rights for certain applications.