neb.com will be undergoing maintenance beginning Friday, December 9th, at 5pm ET and will last through Saturday, December 10th, at 3pm ET. Online ordering will not be available during this time. We apologize in advance for any inconvenience this may cause.
Home NEBinspired™ Blog Preventing COVID-19 Outbreaks through College Campus Surveillance Testing

COVID-19 pooled testing is an efficient way to monitor viral spread within a community, and the loop mediated isothermal amplification (LAMP) assay is a major asset for community monitoring because it's inexpensive, fast, and accurate.

What is surveillance testing and why do we need it?

Surveillance testing involves pooling multiple samples into a single sample for diagnostic testing. This type of testing is especially informative when individuals are infected and asymptomatic, offering a more accurate representation of population infection rates. This allows potential outbreaks to be monitored more carefully, and response plans can be prepared in advance. Based on the level of infection, precautions and mitigation efforts, such as mask-wearing, social distancing and further testing can be employed.

How does campus surveillance testing work?

Professor Todd Camenisch, Chair of the Department of Pharmaceutical Sciences helped build the surveillance testing program at St. John Fisher College and shared some insight with us in a recent podcast. The first stage of their multilayered SARS-CoV-2 surveillance program is wastewater surveillance, beginning with collecting wastewater sludge from multiple dormitory sites twice a week. These samples are tested for SARS-CoV-2, and if the sample signal reaches a certain threshold, it triggers the next level of the testing program – saliva-based testing. Collection bag kits with pre-printed and bar-coded tubes are distributed amongst the residents, who are required to provide saliva samples. These samples are then analyzed using loop-mediated isothermal amplification (LAMP) to detect SARS-CoV-2 in each individual sample. 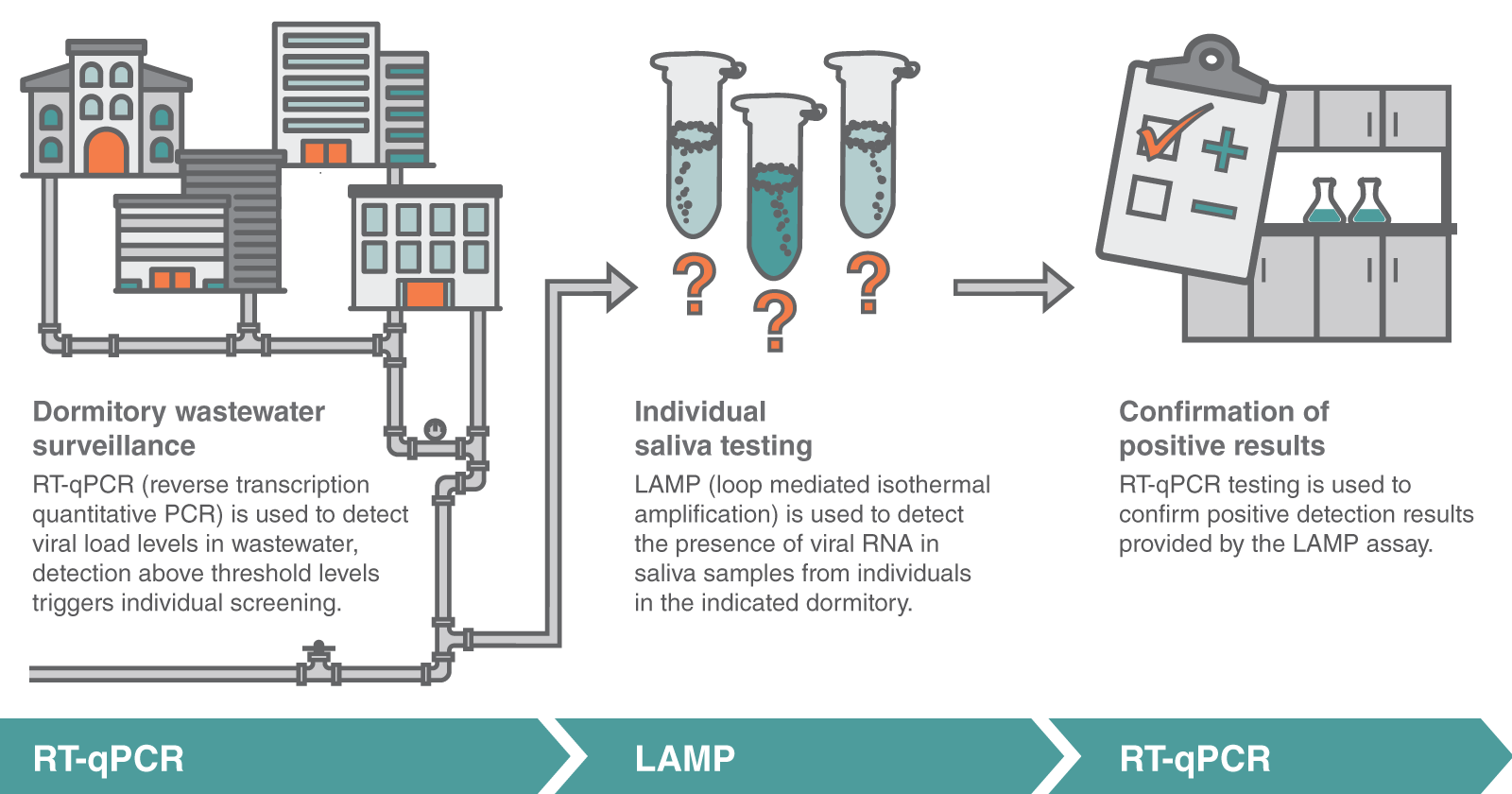 LAMP utilized 4-6 primers to recognize distinct regions of target DNA for amplification. Synthesis is initiated by a strand-displacing polymerase and 2 carefully designed primers which form “loop” structures to enable subsequent rounds of amplification through extension on the loops and further annealing of primers. The LAMP assay results in long DNA products formed from many repeats of the short target sequence connected by single-stranded loop regions. This target amplification is sufficiently extensive to allow for multiple detection methods, including real-time fluorescence, lateral flow, agarose gel, or colorimetric detection allowing visualization by eye.

Professor Camenisch explained that the method of wastewater collection is also critical, “We switched from doing a manual collection, to where we use autosamplers so we could collect over a 24-hour period, say Sunday evening until the following Monday evening.” It is also recommended that samples are not collected when cleaners or sanitizers are being used in restrooms, as toilet bowl cleaners and other chemicals can affect the viral load present in sewage.

Professor Camenisch’s lab at St. John Fisher College performs the saliva-based testing for campus samples, running about a thousand tests a day. These tests are performed using the LAMP assay, which was chosen for its accuracy and simplicity. When the LAMP assay indicates a positive result, individuals are then tested by RT-qPCR; in these cases, results have been greater than 90% in concordance with the LAMP assay.

In late October of 2020, early warning signs indicated that St. John Fisher College was on the verge of a major outbreak, and so based on the wastewater surveillance, LAMP assay and nasopharyngeal confirmatory results, the institution moved to a fully remote campus. Camenisch’s group overlaid their data with available county data and predicted a major upswing in COVID-19 positive cases within Monroe County, which enabled the community to prepare and implement mitigation efforts. “We feel the major advantage of having the LAMP assay is that it did put our college campus community and the destiny in our hands. So, the ability to conduct the detection rapidly and accurately, and provide the data within that same day to the college administration for real-time decision-making was very powerful.” said Professor Camenisch. 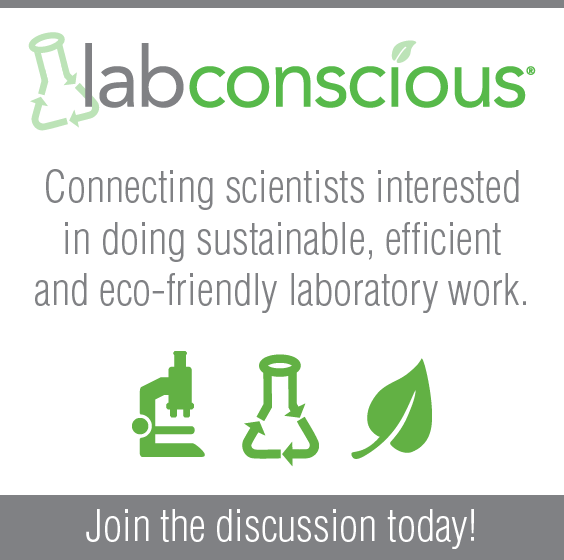